Sorry for not posting :( and Spiral Live!!!

Sorry for not posting in the last week and 2 days. I have been dealing with real life problems. My Grandpa is "moving on" soon. I will post regularly from now on (hopefully.) So onto to something brighter! Blaze Shadowhorn, Nick Lionrider, Ethan Mythcaller, and Amber Rosepetal have made a podcast called Spiral Live. It's a great podcast to me. Check it out for yourself  here!! Longer post tomorrow :)
Posted by Patrick Hawktamer at 6:09 PM No comments:

Email ThisBlogThis!Share to TwitterShare to FacebookShare to Pinterest
Tags: Legends of a Hawktamer, Spiral Live, Wizard101

I return, just in time for Wysteria and new housing items.

Hiya everyone, yes I am basically back. Right in time to test out Wysteria! A new world in the Test Realm based on Hogwarts!!! Here is the update notes.

Wysteria was once a trade post and pleasant enough small town in the Wizard City cluster, not too far away but of little consequence in the overall scheme of things, until a magical incident occurred that caused a crawling vine to grow and completely overrun the town.

Players who are level 25 or higher should speak to Merle Ambrose in his tower. He will offer you the quest "To the Registrar".

Inside the walls of this city a very special Magic tournament is about to take place and in your journey to solve the mystery involving the theft of an important school treasure it will be up to you to defend the honor and good name of Ravenwood School of Magical Arts!

Pegasus Place: Normally home to a host of pegasus aerie, this street has been overrun by a wave of goblins and hobgoblins, fierce and horrible creatures who escaped to Wysteria by hitching a ride with some unwitting students. They have blocked off the street, run amok and caused considerable damage to buildings, and are storming around, menacing students and residents alike.

Tanglewood Way: Tanglewood Way is ruled by the forces of nature. The gates are completely entangled with vines and seemingly are impassible, and two guards stand outside it keeping people away. Near the gate entrance is a crack in the wall that looks large enough for a young Wizard to sneak through...

Also not mentioned in the updates notes, the Tower of the Helephant has been added to the game. It is basically another really hard dungeon, just like Waterworks (but harder!)


And for those curious minds, here are all the other known updates...

So I've been playing Wizard101 for almost 2 years, and I need a bit of a break. I right now playing a different game, The Legend of Zelda: Majora's Mask. I just need a break for a few days that is it. I'm not leaving forever, just a few days. See ya in a few days!

Email ThisBlogThis!Share to TwitterShare to FacebookShare to Pinterest
Tags: Do I really need to put tags on a post???

So much news that it can't fit in my header.

So I'm sorry not posting recently. I'm exhausted from this weekend from doing so much stuff none Wizard101 related stuff. Now, I have absolutely nothing to do for a few weeks. So now, I will be able to post daily! :)
So now I'll be able to work on this blog a bit more and twitter more often! So now for some more news. My Fire Beetle Mr. Rudy, is now being called the Fail Beetle. Why? Just look at these talents. Health Gift and Tower Shield (the one that gives a card.) That is pretty bad for a pet with a 70 pedigree. So I asked my friend Finnigan Moon to hatch with me because his Astral Judge has with Cloud o' bugs, Balance Blade, and Pain-Bringer. He got a Fire Beetle with a 73 pedigree, and I got an Astral Judge with a 69 pedigree. Well, at least I spread the Fire Beetle. Anyways, my Astral Judge hatches in a little bit. I guess I'll train just for the talents he had. So now that brings me to my Black Panther. My Panther has less than 6 hours left. I don't want to lose her! Luckily, I have a lot more Panthers in my gift box! :) Hmm should I redeem a Panther to put in my house, hmm. I'm guessing that should be a new poll! I know, I know, this post is short for so much news. Would you rather read a huge post or a short post though? Anyways, Thanks for reading!!!!

New Housing Items and a Review of Harry Potter and the Deathly Hallows Part 2, and my Fire Beetle!

Hey guys. Sorry for not posting for the poast 3 days. I've been busier than ever. So anyways, some of you noticed that we have new housing items have come to the spiral!!! These items are available for Crowns AND Gold! Check out the Housing part of the Crown Shop to check them out!!! Note: Do not buy the Great Moodha Statue because it is tiny. Everything else is legit as far as I know.

So I saw Harry Potter and the Deathly Hallows Part 2 in 3D on Wednesday! I remember eating Gummy Life Savers (I admit it, should have gone with Almond Joys.) I finished them 10 minutes into the movie even though I told myself not to eat them all. Anyways, after the movie I went to the best BBQ place ever! The ribs are amazing, fries are amazing, the portions are amazing! After I went home with a headach, so now here is the review.

Likes: I loved how the music was perfect fo every scene. I admit it, I was a little teary in parts of the movie, mostly when people died. The music was a great effect to the movie.The editing was amazing it all seemed so realistic, and it didn't felt like I wasn't just sitting in a chair watching a screen. It felt like I was right there watching Harry battle Voldemort. I loved how the made the scenery too. The scenery really looked like bits of stones and stuff knocked down. I give credit to the actors too. They were great!  Anyways, now are my dislikes.

Dislikes: The only thing I didn't like about this movie is that it wasn't as much as the book was as I would've liked it. It is still a great movie, but it could have been a little more like the book.

Anyways now to talk about Fire Beetles. Yup thats right, I got mine yesterday! Thank you Autumn Rain! Right now I am training it and hoping for May Cast Balance Blade. Welcome to the world Mister Rudy! 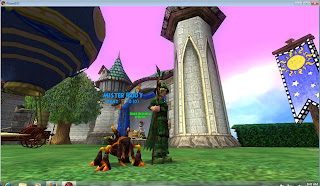 Email ThisBlogThis!Share to TwitterShare to FacebookShare to Pinterest
Tags: Blaze Beetle, Fire Beetle, Legends of a Hawktamer, Patrick Hawktamer, WHY ARE YOU READING THE TAGS SERIOUSLY JUST READ THE POST, Wizard101

So yesterday, Kelsey Fireheart discovered the Fire Beetle combination. Here is a hint. First Pet: Meow. Second Pet: Beetle sounds. You guessed it, it is Fire Cat and Storm/Rain Beetle (just as a suspected.) Now, it is very rare to get a Fire Beetle from a Fire Cat and Storm/Rain Beetle. Why? You know how the Pet Egg and Nightmare were very hard to get hybrids? It is the same thing. If you want to mix with a Fire Beetle, here is a link
to a page where someone is willing to hatch with anyone.
http://www.wizard101central.com/forums/showthread.php?t=183979T

Deathshard from Wizard101 Central has started a project called " Secret Hybrid Project." Their goal in short is to discover hybrids we have not yet discovered. Here is a link to it. http://www.wizard101central.com/forums/showthread.php?t=183810

P.S. Forgot to tell you, but my links aren't working right now. So just copy the URLs and paste them into the browser. Then press enter. You should be taken to the page you want to be at. I'll try to fix it as soon as possible.

Who inspired me contest!

Edit: Congratulations Amber Rosepetal!!! Yes, Edward Lifegem inspired me to blog. I will give you the codes as soon as possible!  Here are the other hints if you are curious.

Hint 3: He has completed his studies in every school.

Hint 4: If you unscramble waderd elgfmie you will get his name!
Posted by Patrick Hawktamer at 8:45 AM 10 comments:

What do you think of Wysteria?